master February 1, 2022 our daily Manna 2022, Uncategorized, WELCOME TO OUR DAILY MANNA FEBRUARY 2022 Comments Off on Our Daily Manna for Today 3 February 2022 Thursday 989 Views

Topic: WHY JUDGES BROKE THEIR PENS IN INDIA!

16 Then delivered he him therefore unto them to be crucified. And they took Jesus, and led him away.

17 And he bearing his cross went forth into a place called the place of a skull, which is called in the Hebrew Golgotha:

18 Where they crucified him, and two other with him, on either side one, and Jesus in the midst.

19 And Pilate wrote a title, and put it on the cross. And the writing was Jesus Of Nazareth The King Of The Jews.

20 This title then read many of the Jews: for the place where Jesus was crucified was nigh to the city: and it was written in Hebrew, and Greek, and Latin.

23 Then the soldiers, when they had crucified Jesus, took his garments, and made four parts, to every soldier a part; and also his coat: now the coat was without seam, woven from the top throughout.

24 They said therefore among themselves, Let us not rend it, but cast lots for it, whose it shall be: that the scripture might be fulfilled, which saith, They parted my raiment among them, and for my vesture they did cast lots. These things therefore the soldiers did. 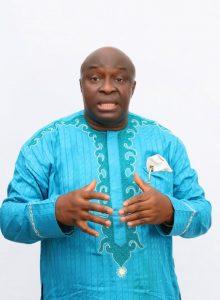 Years ago in India, some judges had the tradition of breaking the nib of a pen after passing a death sentence! Breaking the nib of the pen which is used to sign the order delivering that death sentence has been a tradition since the days of British governance in India. There, a judge who took less than three minutes to deliver the quantum of sentence, broke the nib of the pen after signing the 20-page order and retired to his chambers.
But when I called a wonderful, retired Supreme Court Christian brother and an ODM user in my country, he told me that as at today, such practice is not in vogue. But historically, when it was done, the act of breaking the nib was symbolic. It is done so that the pen that was used to sign the person’s life away will never be used again. That reminds me of Pilate and the Latin phrase “Quod scripsi, scripsi – “What I have written, I have written.”

It was most famously used by Pontius Pilate in the Bible in response to the Jewish priests who objected to his writing on the sign (Titulus) that was hung above Jesus at His crucifixion. That ancient practice also reminds me of Psalm 40:7 – “Then said I, ‘Lo, I come: in the volume of the book it is written of Me…” Note: “IT IS WRITTEN OF ME.” That was talking of Jesus Christ! If the life and destiny of Christ was written, then yours is written also. But do you know that there are powers that are writing COUNTER WRITINGS concerning your destiny? Arise today and decree that what is written about you by your God MUST come to pass! Any other SENTENCE by the devil has been BROKEN and their satanic pens must catch fire!

FACEBOOK: ourdailymannaworldwide
I shall PRAY over your 2022 prayer points.
PRAYER POINTS: Take any song of victory as led.
1. In your own words, pray about today’s word as led now.
2. I scatter every plan to RE-WRITE WHAT HAS BEEN WRITTEN ABOUT MY DESTINY by my FATHER GOD! That SATANIC PEN is broken NOW in Jesus name.
3. I decree: Everything written about my life and ministry MUST MANIFEST BY FIRE this year 2022 in Jesus name.
4. In 2022, I and my household shall MANIFEST and fulfil EVERYTHING WRITTEN concerning my life and family.
5. Pray about that issue(s) affecting your peace now.
6. Pray about today as led and USE THE 404 PRAYERS as led now.