TOPIC: THE MIRACLE OF “WHAT AM I HEARING?” FAVOUR!

3 And the child Samuel ministered unto the Lord before Eli. And the word of the Lord was precious in those days; there was no open vision.

2 And it came to pass at that time, when Eli was laid down in his place, and his eyes began to wax dim, that he could not see;

3 And ere the lamp of God went out in the temple of the Lord, where the ark of God was, and Samuel was laid down to sleep;

4 That the Lord called Samuel: and he answered, Here am I.

5 And he ran unto Eli, and said, Here am I; for thou calledst me. And he said, I called not; lie down again. And he went and lay down.

6 And the Lord called yet again, Samuel. And Samuel arose and went to Eli, and said, Here am I; for thou didst call me. And he answered, I called not, my son; lie down again.

7 Now Samuel did not yet know the Lord, neither was the word of the Lord yet revealed unto him.

8 And the Lord called Samuel again the third time. And he arose and went to Eli, and said, Here am I; for thou didst call me. And Eli perceived that the Lord had called the child.

9 Therefore Eli said unto Samuel, Go, lie down: and it shall be, if he call thee, that thou shalt say, Speak, Lord; for thy servant heareth. So Samuel went and lay down in his place.

10 And the Lord came, and stood, and called as at other times, Samuel, Samuel. Then Samuel answered, Speak; for thy servant heareth.

11 And the Lord said to Samuel, Behold, I will do a thing in Israel, at which both the ears of every one that heareth it shall tingle.

12 In that day I will perform against Eli all things which I have spoken concerning his house: when I begin, I will also make an end.

13 For I have told him that I will judge his house for ever for the iniquity which he knoweth; because his sons made themselves vile, and he restrained them not.

14 And therefore I have sworn unto the house of Eli, that the iniquity of Eli’s house shall not be purged with sacrifice nor offering for ever.

15 And Samuel lay until the morning, and opened the doors of the house of the Lord. And Samuel feared to shew Eli the vision.

16 Then Eli called Samuel, and said, Samuel, my son. And he answered, Here am I.

17 And he said, What is the thing that the Lord hath said unto thee? I pray thee hide it not from me: God do so to thee, and more also, if thou hide any thing from me of all the things that he said unto thee.

18 And Samuel told him every whit, and hid nothing from him. And he said, It is the Lord: let him do what seemeth him good. 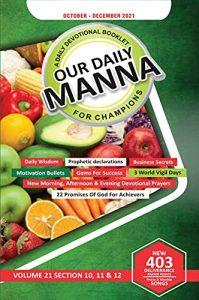 On March 14, 1939, hours before Hitler captured the Czech provinces of Bohemia and Moravia and turned them into German “Protectorates,” the first 20 children left the city of Prague on a train. HOW DID THIS HAPPEN? One Mr. Winton and his colleagues HEARD ABOUT THE IMPENDING INVASION AND THEY DECIDED TO TAKE ACTION! They decided to evacuate children! After the first 20 children, they later arranged for eight more trains to get the rest of the children out, through the cities of Nuremberg and Cologne to the Hook of Holland, then across the North Sea by boat to Harwich, Essex, and onward by British rail to the Liverpool Street Station in London. There, he and the host families met the children before the WICKED Hitler invaded the Czech kingdom. Each refugee had a small bag and wore a name tag. 669 children were saved. Sir Winton died in 2015 at the age of 106 years old, but what he did TINGLED (excited) THE EARS of the world.

In 1 Sam 3: 11, God told Samuel that He was about to do a new thing that will TINGLE THE EARS of Israel. To “Tingle” means to be in shock, awe, unbelief and excitement. Samuel was to step in and establish God’s new priestly line; he would become a kingmaker of Saul and David. Wow! Unbelievable! Samuel, this young boy, who didn’t even know God’s voice, was to take over from THE GREAT ELI, the one who actually discerned God’s voice to Samuel in the first place. It is a powerful story, a story of a burden put upon a child! THAT CHANGE-OF-BATON AND PRIESTHOOD TINGLED (EXCITED) THE EARS because it stopped the tyranny of the sons of ELI and brought shock to a nation. The Little boy SAMUEL became the KINGMAKER of SAUL and DAVID! Shock! More shock! That was SPECIAL DIVINE FAVOUR and it will locate your life and ministry this year! God will do a NEW THING that will shock your MOCKERS and cause them to scream: “WHAT AM I HEARING?” “CAN IT BE TRUE?” TODAY IS DAY 19 of this fasting programme! Pray the prayers on Page 80 of “WAR AGAINST HAMAN – 17” and connect to the daily online breaking of fast prayers via FACEBOOK: ourdailymannaworldwide or YOUTUBE: Manna TV International. Expect SPECIAL FAVOUR! This is your year!

1. In your own words, pray about today’s word as led now.
2. O LORD, do an unbelievable thing in my life, family and
ministry! Do a thing that will TINGLE every ear! FAVOUR ME
AND SELECT ME FROM THE CROWD! Do a thing that will
cause men to ask: “WHAT AM I HEARING? Can this be
true?” in Jesus name – (Pray it seriously before turning
to “WAR AGAINST HAMAN – 17” booklet prayers).
3. Pray about today, sow your DIVINE SURPRISE SEED AND
PRAY THE PSALMS YOU WILL BE SENT. You cannot be
concluded! Amen!