TOPIC: I REJECT SUFFERING IN THE MIDST OF SURPLUS

Welcome to today’s blessed time with the Word of grace laced with DIVINE SURPRISE OIL! Oh, pardon my November 10 memories every year concerning the death of Ken Saro-Wiwa and indeed the death of anybody (including the pro-government souls) in the OGONI SAGA! As a Pharmacist-turned

prophetic writer, I am probably intertwined emotionally to the writer in KEN! Ken Saro-Wiwa like Martin Luther King Jnr. wasn’t an artist, or an activist. He was both, and that persona fed each other – both were able to lead the resistance to the crimes being committed against their people because they understood how words and images worked to capture the imagination and inspire action.

They were parts of the whole; indeed I wonder if Ken could have become the activist that he did if he hadn’t first given form to the injustice he saw around him on ground. A few days before he was killed, he wrote a short story in which the narrator languished in prison after being tortured. A ghost, dressed in Nigerian Army uniform, appeared in front of him. It was here, it explained, it was sent ‘to finish’ him.The narrator appeared unafraid.

The ghost, curious, holds off shooting him for a moment and asked how he could be so undaunted in the face of certain death. The NARRATOR SAID: “I have what is greater than your weapon; I will not cease my mental fight, nor shall my pen sleep in my hand, till they have built a new Ogoni in Niger delta’s wealthy land.”

With that, he drew out his pen, and the ghost perishes. Wow! The suffering in the NIGER DELTA reminds me of SUFFERING IN THE MIDST OF SURPLUS! Reject that this year! The NIGER DELTA region has provided the Nigeria nation with a total revenue estimated at over 120 billion Naira.

How can you live by the riverside, but wash your hands with spittle?

How can a community produce oil that is used to develop other communities? How can you sow only for others to reap? That’s how the lives of many believers are! In the midst of kingdom surplus, they are in abject poverty and in a sorry state. In the midst of divine health, many are sick and bearing all sorts of diseases! Is there no balm (medicine) in Gilead again?

Note Psalm 49:20: “Man that is in honour; and understandeth not, is like the beast that perish.” Don’t demote yourself: you are not a beast! God wants to take you from zero to surplus! Take it now even as you pray seriously now!

All my hidden and buried blessings/glory, resurrect and show forth in Jesus name!
I refuse to suffer in the midst of surplus! I refuse to preach without experience (Pray it seriously for 3 days)! 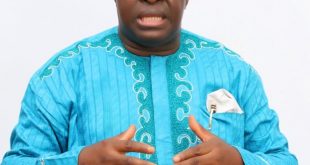 FITNESS: AS VITAL AS YOUR NEXT BREATH 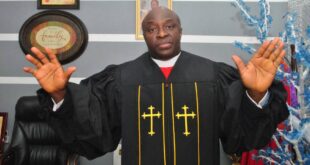 THE END-TIME BATTLE FOR YOUR SOUL