TOPIC: MY ROLE MODEL IS….

David Beckham is the ultimate role model for almost everyone related to football. Great looks, brilliant career, big money, a popstar wife, a life right out of a Hollywood movie – is there anything you could possibly not want similar to David Beckham What can you say; 25 full seasons at AC Milan, 647 appearances, seven Serie A titles, five European Cup/Champions League titles and a list of achievements which would probably put a team of players to shame. Paolo Maldini is everything that you would expect from a player.

Cristiano Ronaldo, from a very poor though big family in Portugal, sometimes sleeping with a half-filled stomach, no blankets to cover himself, losing his father at an early age, a mother who worked as a maid in houses to feed the family, using thrown away shoes by others to play football since he had no proper shoes and being diagnosed with a racing heart when he was 15, managed to fight through all this and is today one of the greatest footballers ever.

One falls short of superlatives when they speak about this Argentine magician, Lionel Messi, who is arguably the greatest footballer ever to grace this sport. Many others like one of the greatest goalkeepers in the game, Buffon, have various traits other than his goal-keeping skills which qualify him as a role model.

He played for Juventus. At a time in England, David Beckham’s hairdo was a subject of discussion for a long time. Some of the best sports personalities in the world are

now models and are copied by men. No wonder modeling is now a thriving business and in most cases, sports and fashion cannot be separated.

Nigeria’s football ‘golden’ girl, Mercy Akide, has her hair braided with attachments. The team’s keeper, Florence Omagbemi, Perpetual Nkwocha and some others have their hair also braided. That type of haistyle suddenly became the vogue amongst African players!

Truly, the world is seeking for role models. Jesus was a role model – “And straight away they forsook their nets and followed Him”(Mark1:18).

The emphasis today are the words, “followed Him.” Paul was also a model! In Phil. 3:17, he said, “Brethren, be followers together of me…” But always remember that these human models have their weak points!

You should be a model to someone this year 2022! Note that: People seldom improve when they have no other model but themselves to copy! By taking little pieces in others, you become a better version of yourself. Have a
model and be a model!

PRAYER POINTS: Take your best worship song to God.
Take the song, “Lord, I want to be like Jesus in my life.”
Lord, grant me the grace to live exactly like You in this world.
Lord, use my life as a role model for a soul on this planet.

ACTION POINT: Sincerely pray about a mentor today and take steps to
inform that person. Shalom! 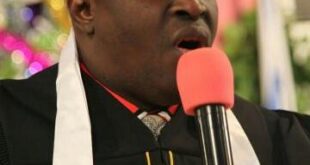 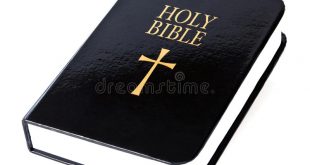