19 And she made him sleep upon her knees; and she called for a man, and she caused him to shave off the seven locks of his head; and she began to afflict him, and his strength went from him.

20 And she said, The Philistines be upon thee, Samson. And he awoke out of his sleep, and said, I will go out as at other times before, and shake myself. And he wist not that the Lord was departed from him.

21 But the Philistines took him, and put out his eyes, and brought him down to Gaza, and bound him with fetters of brass; and he did grind in the prison house.

22 Howbeit the hair of his head began to grow again after he was shaven.

23 Then the lords of the Philistines gathered them together for to offer a great sacrifice unto Dagon their god, and to rejoice: for they said, Our god hath delivered Samson our enemy into our hand.

24 And when the people saw him, they praised their god: for they said, Our god hath delivered into our hands our enemy, and the destroyer of our country, which slew many of us.

25 And it came to pass, when their hearts were merry, that they said, Call for Samson, that he may make us sport. And they called for Samson out of the prison house; and he made them sport: and they set him between the pillars.

26 And Samson said unto the lad that held him by the hand, Suffer me that I may feel the pillars whereupon the house standeth, that I may lean upon them.

27 Now the house was full of men and women; and all the lords of the Philistines were there; and there were upon the roof about three thousand men and women, that beheld while Samson made sport.

28 And Samson called unto the Lord, and said, O Lord God, remember me, I pray thee, and strengthen me, I pray thee, only this once, O God, that I may be at once avenged of the Philistines for my two eyes.

29 And Samson took hold of the two middle pillars upon which the house stood, and on which it was borne up, of the one with his right hand, and of the other with his left.

30 And Samson said, Let me die with the Philistines. And he bowed himself with all his might; and the house fell upon the lords, and upon all the people that were therein. So the dead which he slew at his death were more than they which he slew in his life. 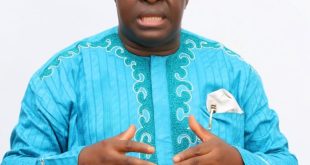